TV actor Sameer Sharma who is popular for his roles in ‘Kahani Ghar Ghar Ki’ and ‘Yeh Rishtey Hain Pyaar Ke’ passed away in his Malad flat and his body was recovered from his house. The suspected cause of death is a suicide, however, no suicide note has been recovered from his home.

“We have not found any suicide note at the spot. It seems to be a suicide case. It is suspected that he hanged himself two days back. We have sent the body for an autopsy”, said Malad police station’s George Fernandes who is a senior inspector.

His neighbours had complained that a foul smell was coming from his residence. When a guard went there, he saw that doors of the kitchen were open & he was hanging from the ceiling: Dinesh Bubna, Secretary of the housing society in Mumbai where TV actor Sameer Sharma was residing https://t.co/QAH4C9v6CD pic.twitter.com/rRR2dDUoCa

The actor was also known for his roles in other TV shows like ‘Kyunki Saas Bhi Kabhi Bahu Thi’ and also starred in movies ‘Ittefaq’, ‘Hasee To Phasee’ and others.

The cause of death is yet to be confirmed and police are working towards determining it. Meanwhile, people are praying for his family and friends and sharing their thoughts and kind words. 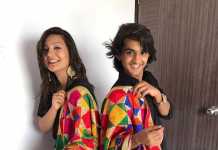