From his leaked bank statements, an FIR against Rhea by his father, and a sting on his instructor, SSR’s death becomes a bigger mystery:

Recently an FIR was lodged in Patna by KK Singh, father of Bollywood actor Sushant Singh accusing Rhea of theft, cheating, and abetment to suicide, among others. Now Rhea Chakraborty moved the Supreme Court seeking transfer of an FIR lodged against her in Patna to Mumbai.

In her petition, she has said that she was in love with the late actor and claimed that she ‘is in trauma after his death’. Rhea further also stated that the current case will come under the jurisdiction of Bandra Police Station, Mumbai. She has contended that Sushant’s family should have registered FIR in Bandra Police Station.

Respected @amitshahofficial sir , I’m sushant Singh Rajputs girlfriend Rhea chakraborty, it is now over a month since his sudden demise . I have complete faith in the government , however in the interest of justice , I request you with folded hands to initiate a CBI enquiry into this matter . I only want to understand what pressures prompted Sushant to take this step. Yours sincerely Rhea Chakraborty #satyamevajayate

She has also alleged that there is a serious apprehension that ‘she will not be treated fairly’ in the investigation conducted by Bihar Police. She also said that the FIR filed against her is ‘entirely misconceived’ and that the case has been filed only to ‘harass her’. In her petition, Rhea has also alleged that she has been ‘victimized and trolled’ on social media platforms with various threats.

In her plea, Chakraborty has also sought a stay on the probe by Bihar Police on the FIR lodged by Rajput’s father till disposal of her plea in the top court, the lawyer said. Earlier, in a Twitter post, the actress requested Union Home Minister Amit Shah to initiate a CBI inquiry in the matter.

In relation to the case, Sushant Singh Rajput’s bank statements were also accessed. It was found that massive amounts from Sushant Singh Rajput’s account had been utilized for Rhea Chakraborty and brother Showik’s expenses. The news report further mentions how the late actor had a bank balance of nearly INR 4 crores and 62 lakhs in November of 2019 which was nearly INR 1 crore by February of 2020.

In another update, the Bihar police has also questioned actress Ankita Lokhande in the Sushant Singh Rajput case. The Bihar police reportedly came to Mumbai to investigate the late actor’s death case.

During her interrogation, Ankita shared details of the conversations she had with Sushant. They had a long conversation in which he opened up about his relationship with Rhea Chakraborty. Ankita said that while the two were talking, Sushant got very emotional. He told her that he was “quite unhappy in the relationship and wants to end it as Rhea harassed him”.

Yesterday, Ankita Lokhande also broke her silence. Lokhande who confessed that it took time for her to accept the ‘depression’ narrative around Sushant Singh Rajput’s death, said, “He was not a man who could take such a step.”

The Manikarnika actress said, “Sushant was not the guy who could commit suicide. We have seen worse situations when we were together. He was a happy-go-lucky guy.”

HOPE,PRAYERS AND STRENGTH !!! Keep smiling wherever you are😊

She also added: “He found happiness in small things. He wanted to do farming, I know this for sure… he told me agar kuch nai hua to main apni short film bana lunga. He was not a depressed guy, not at all. I don’t know what the situation was… but I will keep repeating this. I don’t want people to remember him as a depressed guy, he was a hero. He was an inspiration.”

Check out the sting operation:

A team of four members from Bihar Police had arrived in Mumbai after it was revealed that they had registered FIR aagainst Rhea and five other under charges of abetment to suicide, embezzlement, cheating, and conspiracy under Sections 340, 342, 380, 406, 420, 306 of the IPC. 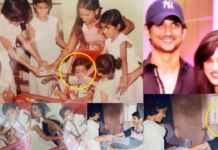 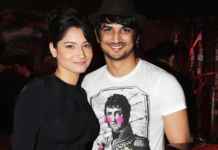