List of things that we learned about FRIENDS only after watching the Reunion episode:

Finally, the long 17 years were over and the FRIENDS cast came together for the reunion. The reunion episode was released on HBO Max and is available on ZEE5 in India. Throughout the episode I felt like They were always there for us, it was really heartwarming. Although the one-off episode was delayed for a year due to the coronavirus pandemic, fans are super excited as the iconic cast is finally reunited. And after watching the reunion episode I realized there are some things that we got to know about the show on it. Here are some never known before facts about the show FRIENDS:

The host of the evening, James Corden disclosed some facts that the show aired in over 220 territories and was television’s number one comedy for six seasons. It also had an average of 25 million viewers a week and a whopping 52 million people watched the final episode. The show has been watched over 100 billion times across all platforms. Both of them agreed that they were crushing on each other during the first season of the show.  But the timing was always wrong.  Jen said: We just channeled all of our adoration and love for each other into Ross and Rachel.

The directors initially wanted them to be a first-night thing, but the response of the audience made them think that there can be more to it. Monica and Chandler sleeping together happened at the end of the season, so they had time to make it into a real thing but the writers didn’t realize how far it was going to go at that point.

Prior to his final callback, LeBlanc went out drinking with a buddy and ended up getting drunk and hurting himself in the process. While filming “The One Where No One’s Ready,” LeBlanc ended up going to the hospital after injuring his shoulder. This injury then had to be written into the show.

The makers Marta Kauffman, David Crane, and Kevin S. Bright pointed out that casting the show was really hard.

Marta Kauffman revealed that Chandler was named after a friend.

David, Lisa, and Matt revealed that they haven’t seen many of the seasons.

During the reunion episode, they revealed that they used to hang out all the time and have lunch together during the shoot. Matthew even said that any time they have ever met over the years, they would drop everything to talk to each other.

I was literally crying at the end. Watching them again at the same place and chatting was really overwhelming.

Watch it on ZEE5. 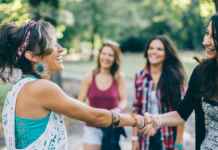 People are sharing stories of their friend’s success 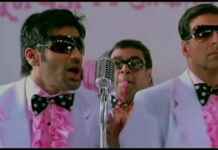 Twitter asks for Desi Reunions after the FRIENDS episode! 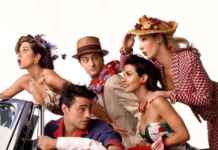 May Just got better as “Friends: The Reunion” is coming 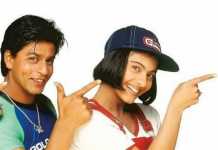 Signs he just wants to be friends 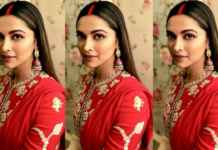 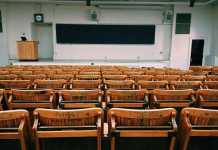