We all grew up watching Katrina’s Slice commercial on our televisions and many of us are guilty of even recreating it. Angad Bedi is no exception and the actor shared his video of trying to look sultry while gulping down his mango shake. He shared the reel on Instagram tagging Katrina Kaif and wrote ‘nobody does it better than you’. Take a look at the video below.

Neha Dhupia reacted to her husband Angad Bedi’s reel and wrote ‘ look what you have done to my husband’ for Katrina, as a joke. People dropped comments appreciating his effort and one of the fans also said Angad should have been offered the Ad.  Angad Bedi and Katrina Kaif were seen together in Tiger Zinda Hai and since then both of them have been working on independent projects.

What do you think of Angad’s recreation? 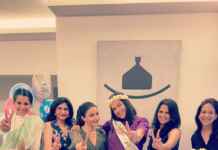 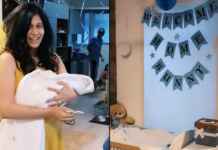