Check out how people reacted to Bhumi’s dusky skin in “Bala” trailer:

The trailer of Ayushmann Khurrana’s Bala released yesterday and it has got a lot of attention for many reasons. The film carries the subject of premature balding and Ayushman plays the role of a bald man, who is having trouble finding love because of it.

However, this is not what has got attention, there is another issue. Bhumi Pednekar’s dusky look in the trailer and poster of the film has raised many questions. Her face is dark brown and that didn’t go well with netizens.

People were super quick to point out her dusky makeup and commented: “I’m so sorry but this dark makeup is so wrong. Cast dark-skinned actor if it’s important for the story.. but don’t do like this.”

Here is how people reacted to this:

I’m so sorry but this dark makeup.. is so wrong. Cast dark skinned actor if it’s important for story.. but don’t do like this..

There are so many actresses who have natural dusky skin and are talented to do this role & give this “STRONG” msg. Why not cast them?

This is nothing less than disturbing to me. As a dark skinned woman, it really saddens me that you can’t even cast a person with brown complexion for a role that requires dark complexion.

Y’all are either constantly endorsing fairness creams or putting on tons of dark makeup to make some dumb point there’s no in between. When will yall learn that there are real living dark skinned girls who’re pretty af and mich better suited for roles like this

When will Bollywood grow up and own up to it’s mistakes? Isnt it better to cast a dusky-skinned talented girl who’ll suit the role instead of finding a lighter skin toned girl and dump darker make up on her?

After saand ki aankh now this casting a misfit actress for a role.

These reactions have come just days after Bhumi and Taapse Pannu’s film Saand Ki Aankh was criticized for having two young actors playing the role of 60 plus women and not casting the age suited actors. 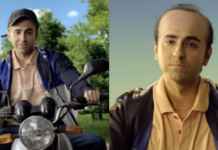 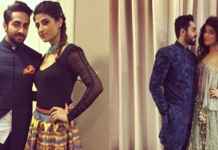