Legendary actor and playwright Girish Karnad died on Monday morning at the age of 81 due to prolonged illness. On his sad demise, the Karnataka government has already declared a holiday for schools, colleges, and government offices followed by three-day mourning as a mark of respect to him. He was one of the most prominent theatre personalities of the 60s and 70s. He was last seen in Salman Khan and Katrina Kaif starrer Tiger Zinda Hai.

The President of India Ram Nath Kovind mourned the death of legendary actor and playwright Girish Karnad. He posted:  cultural world is poorer today after the demise of Girish Karnad.

Sad to hear of the passing of Girish Karnad, writer, actor and doyen of Indian theatre. Our cultural world is poorer today. My condolences to his family and to the many who followed his work #PresidentKovind

Mourning the big loss various Bollywood celebrities took to their social media to express their grief:

Deeply saddened by the news of demise of Girsh Karnad ji. He will be remembered for his work as a Theater personality, film actor, and director. My deepest condolences to his family, friends & fans. #OmShanti 🙏

Rest in peace. I loved his work. ☹️ https://t.co/rNNuQg2tMn

I met Girish Karnad way back when he was the principal of the film institute & then worked with him in Pukar. He was a great man & playwright. His stories will forever remain in our hearts & minds. Sending my prayers & heartfelt condolences to his family. https://t.co/X7W6hF4A5t

Deeply saddened to learn about #Girish Karnad. Havent yet been able to speak with his family. Its been a friendship of 43 years and I need the privacy to mourn him. I request the media to kindly excuse me from giving quotes. pic.twitter.com/XMTxTmHXIw

Deeply saddened to know about the sad demise of Sh. #GirishKarnad ji. He was a great artist, scholar and a brilliant playwright. My first small appearance in the film Utsav was under his direction. Also acted in both #Tuglaq and #Hayavadan – plays written by him. On Shanti.🙏 pic.twitter.com/NiByXxJiSe

RIP #GirishKarnad sir.. one actor whose inherent goodness reflected in his eyes. The thorough gentleman. Exceptional playwright.Swami ratnadeep manthan embedded in my childhood memories. A gem we lost today. 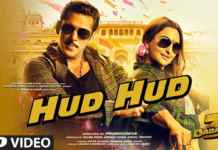