All About Women
Home Glamour Gossip Crew to lose job because of Sonu Nigam’s mid-air concert? 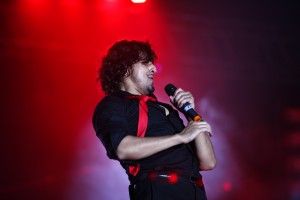 The air hostess of Jet airways cheerfully allowed the star singer Sonu Nigam to sing in flight using flight announcement system. The travelers on a Jet Airways flight from Jaipur to Mumbai requested Sonu Nigam to sing for them. Nigam humbly took an on-flight concert. He sang two songs, ‘panchi nadiya’ from the film refugee and ‘do pal ruka’ from Veer Zara.

But things didn’t go down well with Indian Aviation regulator. The regulator examined the incident and asks the airline to take necessary measures. Jet has also been directed to make sure that in future such ‘misuse’ of the flight announcement system is not allowed. Jet Airways confirmed in their tweet that the 5 people from crew of that flight are suspended for enquiry and corrective training.