And the sizzling hot damsel is back in action to woo all her fans. The first look of Pritish Nandy’s ‘Mastizaade’ featuring Sunny Leone is out at last. The film stars Tusshar Kapoor, Vir Das playing the male leads. Mastizaade is Sunny’s third film in Bollywood.

Mastizaade is directed by Milap Zaveri, and will feature Sunny in a double role. 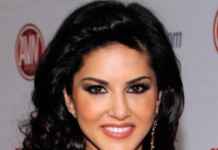 Get ready for Sunny Leone in a double role

Sunny Leone to star in sex comedy ‘Mastizaade’ next