Govinda gets massively trolled for his new music video, check out the reactions below:

Govinda is one of the most popular stars of all time, the actor is still loved for his blockbuster films and songs which he did in his 90’s. The Hero No. 1 actor entered into politics and was later not seen much in movies. Now, the actor grabs headlines for his personal life and not professional. Instead of making a comeback in the movies, the actor recently dropped a new track titled Hello and informed his fans about it.

The actor released the music video song on Wednesday and his song left all his fans to wonder “What is this”. Govinda captioned the post as, “Hi guys, my third song Hello is out on my YouTube channel Govinda Royalles. Link in bio. I hope you all will love it!” and as soon as the video was posted fans commented, “With due respect, This is not 90’s Sir we are living in 2022.” Another user wrote, “Yarrr izzat ke saath retire hone mai kya problem hai?”, yet another commented saying, “It’s embarrassing to watch you do all this!!!

Here are some reactions: 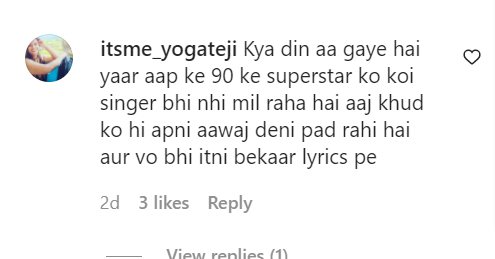 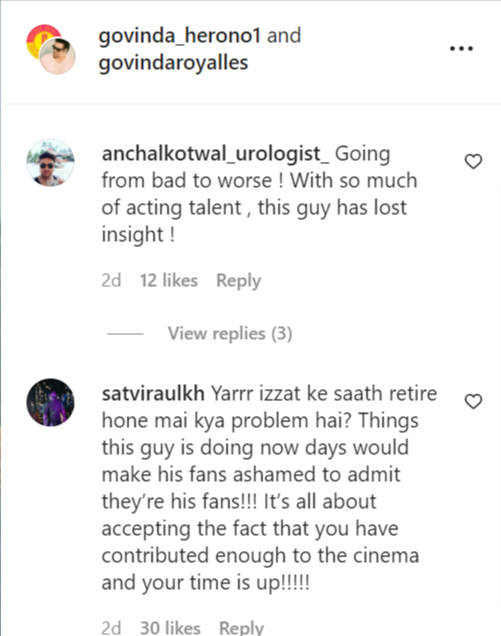 Govinda was last seen in the movie Rangeela Raja.