Check out the memes and jokes on Baaghi 3:

The trailer of Baaghi 3 has been released, the film stars Tiger Shroff and Shraddha Kapoor. Hours after the trailer was released social media was filled with hilarious memes and jokes. The action-packed movie is Directed by Ahmed Khan also stars Riteish Deshmukh, Jaideep Ahlawat and Ankita Lokhande, and is the official remake of the 2012 Tamil film Vettai.

The trailer reveals that the plot revolves around the kidnap of Deshmukh’s character Ronnie in Syria and Shroff fighting the bad guys to save his onscreen brother.

While the trailer has gained over 8 million views on YouTube, a dialogue from it has inspired memes on social media. In a scene where Deshmukh is beaten by goons, Shroff reaches to save him and says, “Mujhpe aati hai to mai chhod deta hu, mere bhai pe aati hai to main phod deta hu”.

Check out the memes:

Indian Dads after each result of their not so brilliant kid: #Baaghi3Trailer pic.twitter.com/0N5JqG3oOu

#Baaghi3Trailer
Client asking designer to explain importance of shapes in the background. 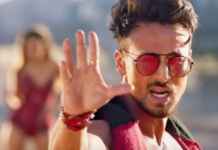 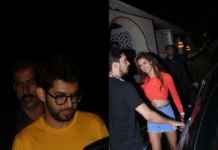 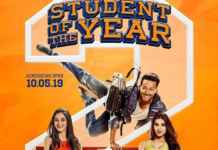 Tara Sutaria’s Student of the Year 2 poster is out 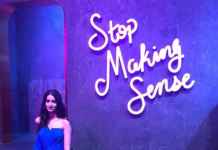 Ananya Panday is loving memes made on her!