Check out pictures from Katrina and Vicky’s first karwachauth celebrations:

Katrina Kaif shared pictures of her first Karwachauth on Instagram and we loved her look. The actress marked the occasion by posting pictures in ethnic outfits with Vicky and the rest of the family.

She wore a pink saree with chooda and sindoor and Vicky was in an off-white kurta-pajama. In the pictures, the couple was also joined by Vicky’s parents Sham and Veena Kaushal. The third picture supposedly clicked earlier in the evening, had Vicky and Katrina on the same balcony, standing together and smiling for the camera.

Here are the pictures:

Katrina said on Koffee With Karan that her relationship with Vicky was ‘unexpected and out of the blue.’ She said, “It was my destiny and it was really meant to be. There were so many coincidences that at one point all of it just felt so unreal.” 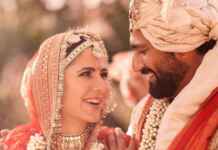 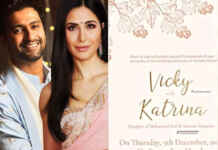 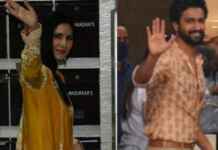 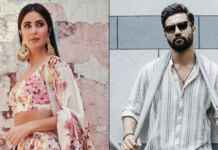 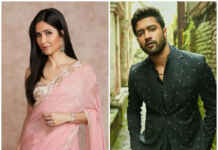 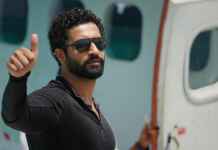