Kartik Aaryan’s iconic monologue from movie Pyar Ka Punchnama is famous amongst fans but when Ramayan made a comeback, Lakshman took away his title. After another episode was telecasted, Lakshman delivered an epic monologue defending Sit and questioning why she would have to go through ‘agnipariksha’ after being released from Ravana’s captivity.

After the monologue delivery, Lakshman quickly caught people’s attention and its comparison with Kartik Aaryan’s monologue started to surface. The crown of best monologue delivery was given to Lakshman after the episode aired. Here is what people had to say.

Kartik Aaryan : I own the best monologue!

What a rant by @LahriSunil in today’s episode! Truly proved himself as the best actor of the entire series! pic.twitter.com/TABa6utEN9

#Laxman proved as a best actor with best dialogue in today’s episode, a deep relationship of BHABHI-DEVAR love which is not less than a mother- son love. Headsoff 🙌🙌 Jay Shree Ram #रामायण

Laxman ji’s expressions, dialogue delivery 🙏👌
Angry and in pain , perfectly portrayed by @LahriSunil .
No amount of appreciation is enough for his acting. #Ramayan

The way #Laxman Ji @LahriSunil ji changes his facial expressions from being in anger to that little brother’s smile is damn good.
What an Actor 👏👏👏 #Ramayan #RamayanOnDDNational

Sir, I am a huge fan of your acting. I wait for your scenes dialogues and reactions. You r my favourite in entire series. Nobody could have done justice to #Laxman ‘s character but you rocked😍

#KartikAaryan: I’m the best in monologue, no one can beat me in my own-way monologues.

Thank you #Laxman for defending #Sita against #Agnipariksha after staying in custody of #Ravana for long time. #Sita was handed to #Agnidev, so that #Ravana should not kidnap real #Sita. #Ravana kidnapped imaginary shadow #Sita.

This is not known to most of people. pic.twitter.com/5bH9VBBxyp

Sunil Lahri played the character of Laxman and the audience highly praised his acting. 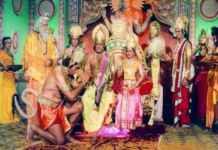 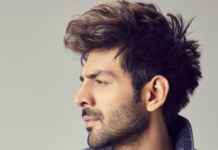 Kartik Aryan #CoronaStopKaroNa monologue is a must watch! 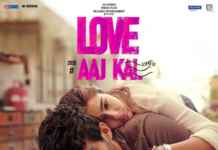