India is going through the second wave of covid-19 and it is worse, with an increasing number of cases, oxygen and medicine shortage, the country is going through a bad phase. Various other countries are currently temporarily banning flights from India to control infections in their countries.

Many countries, including the UK, Hong Kong, Canada, Singapore and Iran have announced a ban on flights from India. Also, the US has issued a travel advisory to all passengers flying in and out of India, asking “people to avoid travelling to India in the current situation where even fully vaccinated individuals are at risk of catching the virus.”

The latest on the list to impose new restrictions is the Maldives. The Ministry of Tourism, put out a tweet late on Sunday announcing the suspension of tourists from India at inhabited islands.

With effect from 27 April @HPA_mv suspends tourists travelling from #India to #Maldives from staying at tourist facilities in inhabited islands. We thank you for the support in our endeavour to make tourism safest possible with minimum inconvenience.

Right after the announcement, the desis roasted Bollywood celebrities. Recently, many celebrities faced backlash for going out on vacation while the world deals with such stressful situations.

Check out the best memes below:

Tsk tsk tsk now how will our Bollywood celebrities and influencers enjoy their bubble of privilege admist a national apocalypse? https://t.co/4VyP2jzcrl

Isn’t it a bit too late? All Bollywood celebs have been there & have posted “sun-kissed” pics https://t.co/H1h3jWrkXp

Alia bhat and other bollywood people be like: pic.twitter.com/Fqqj07Ote3

Bollywood celebs lost their jobs. How will they populate their Instagram feeds now? https://t.co/BsV4pqsLh9

A Lot of celebrities have visited the Maldives recently including  Janhvi Kapoor, Shraddha Kapoor, and Disha Patani. They had been posting pictures from there. The cute couple Ranbir and Alia also flew to the island after recovering from Covid, but haven’t shared any pictures. 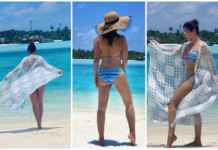 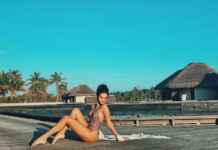 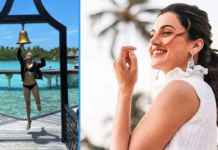 As lockdown eases, celebs are off travel ‘here’ 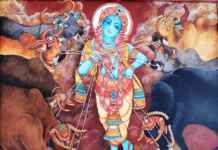 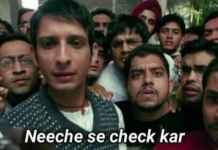