All About Women
Home Glamour Gossip Pavitra Punia speaks up about Eijaz Khan!

Here is what Pavitra Punia had to say about Eijaz Khan after her elimination.

Pavitra Punia spoke up about Eijaz Khan and the allegations about her cheating on hotelier Sumit Maheshwari. She also grew close to Eijaz Khan on Bigg Boss 14 and now that she has been evicted, she opened up about her feelings for him.

“For now, I have no comments on this topic but I will speak on it very soon. As of now, I am in the memories of Eijaz” said Pavitra, and she also has been seeing videos of the show and missing him. “I am enjoying that part and I don’t want to make my memory clumsy because of these stupid topics.”

Eijaz also shared that he has been molested as a kid and Pavitra shared a post about it. Take a look at it below:

Pavitra also shared that she genuinely cares about Eijaz and is happy he placed his trust in her. She also is waiting for him to come out of the house so they can see where the relationship goes. 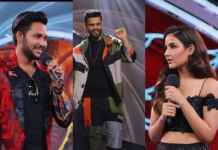 How much Bigg Boss contestants earn every week! 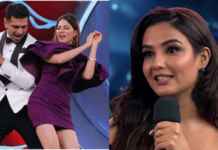