Check out the reaction of Bollywood celebs on the hanging of Nirbhaya rape case convicts:

Finally, after a long wait of seven years, the four men convicted of Nirbhaya’s gang rape and murder was hanged to death this morning. Bollywood celebrities and people are praising the verdict and asked for strict law enforcement to create fear in those who think of committing such heinous crimes.

Actors Ritiesh Deshmukh, Taapsee Pannu, Preity Zinta and others took to Twitter to react to the hanging of the convicts.

Check out the tweets:

It’s done. Finally. I hope the parents can finally sleep slightly better tonight after YEARS. It’s been a long long battle for them. Asha Devi https://t.co/XidMPTzKm4

“Stricter law enforcement, harsher punishment & fast courts for quick justice is the only way to instill fear in monsters who even think of such heinous acts. #JusticeForNirbhaya,” Riteish tweeted.

#JusticeForNirbhaya My thoughts and prayers are with the parents, friends & loved ones of Nirbhaya. The wait has been long but the justice has been served.

Finally the #Nirbhayacase comes to an end. I wish it would have been faster but I’m happy it’s over. Finally she & her parents are in peace. #RIPJyoti #RIPNirbhaya #Justicedelayed #TookTooLong

#Nirbhaya has at last got justice after 7 years 3 months. Her soul can now rest in peace. The execution of all 4 convicts in jail will surely send a strong message of deterrence to those who may commit similar heinous crimes in future. #NirbhayaJustice

Check out how the nation is reacting to this:

In the midst of world Pandemic here is something to put a silent smile, a ray of hope and a sense of justice for us through these two brave women. #Nirbhaya convicts hanged.
Thanks for fighting not only for your daughter but all the daughters of India.
Maa tujhe salaam! pic.twitter.com/5FqO9YSxNB

Dear Pawan Kumar Jallad, this generation will forever be grateful to you! ❤️#hangman_hero#Nirbhaya pic.twitter.com/xShTDt2CBr

Finally Justice to brave #Nirbhaya
The country is embarrassed for what happened to you and will remain.#NirbhayaJustice pic.twitter.com/S6iOXcj1yL

Hangings are spectacle + diversion, not justice. Do you think executions are going to magically transform men, eg. men who burned their 85 yr old neighbour alive in #Nirbhaya’s city < a month ago? They change nothing for women, only the narrative in favour of executioner/judge.

The Whole Country Was Ashamed Of This Crime
Today The Nation Has Got Justice#nirbhayabetrayed pic.twitter.com/VmLZNZ7Hgo

#nirbhaya was raped, brutally tortured and she died a fighter..!! 7 years it took our justice system to get these animals hung,When they took less than 7 min to decide to ruin her life..Atleast now #deathpenaltyforrape shud b given when the crime has been committed..#RIPNirbhaya pic.twitter.com/QA4walRxQf

On the left is the rapists’ lawyer. On the right is #Nirbhaya‘s lawyer.
Lutyens’ “journalists” put only one if front of you. Think about why?#NirbhayaVerdict pic.twitter.com/VxRLDMdKsD

Finally…..!
After 8 years the justice served for Jyoti Singh’s family. The four convicts are set to be hanged tomorrow at 5:30 am in Tihar Jail. Hope…..This should happen.#justicefornirbhaya#Nirbhaya #NirbhayaVerdict pic.twitter.com/F4a0aaDkFJ

Yaksha : What is that one universal truth which people know is inevitable but make constant efforts to delay it ?

Got emotionally charged with tears on my eye …

Sister where ever u are hope u now rest in peace

India delivered justice to its daughter!

This will send a strong message to all those monsters who involve in such heinous crimes!

The four men convicted in the 2012 Nirbhaya gang rape and murder case were executed at 5.30 am at Delhi’s Tihar Jail, this finally ended the legal battle of over seven years. 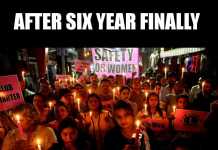 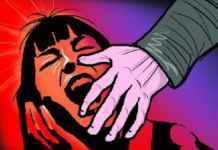 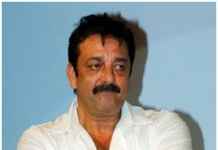