Indian TV shows are now known for elaborate and melodramatic themes, in the past few months, we have noticed some bizarre sequences from hit shows. And they have gone viral and people are wondering why? The latest one to join the list is a scene from a drama that shows a man breaking down the moon to get a piece of it to win his lady love.

Yes, you read it right, he literally got a Chand ka tukda to marry his bride. Armed with a rope, supported by his family, the man identified as Aman, is seen trying hard to bring the celestial body to the Earth. When he fails in doing it then he switches to another plan, going up in space using just a car!

And if that wasn’t enough, he then uses his magic wand saying some magic words to strike the moon and get its pieces to fall on the ground.

The video has gone viral across social media sites leaving netizens laughing out loud, wondering what’s the origin of the clip. The name of the show is Yeh Jaadu hai Jinn ka, the scene is from season 2 of the Star Plus fantasy drama.

Here is how netizens reacted to this:

Physics and Isaac Newton died a million times after watching this 😂😂 https://t.co/HAvmTWMlDw

.@NASA wasted trillions of dollars for nothing. https://t.co/iNmL3JmULd

and YOU CAN’T EVEN REPLY ON TIME???? https://t.co/ezeHpBVGgv

My sense of reality has turned upside down – FOREVER! https://t.co/aYaTbH8bMv

Why wasn’t this guy sent to move the Ever Given? They could have used some help. What a waste of those moon pulling skills. https://t.co/SiR0VLLg5I

Earlier this week, another Indian drama went viral online for showing how the actors accidentally get married on the show owing to a peculiar blunder. 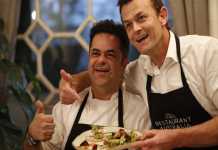 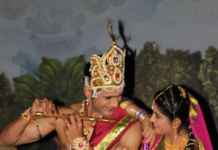