MS Dhoni already has a huge fan following and now he has given another reason to fans for loving him. While serving the Indian army in Kashmir, Dhoni’s picture has gone viral in which he is seen polishing his shoes. The former captain of the Indian Cricket team is winning people’s heart with his humble act. Captain cool is currently serving with 106 TA Batallion (Para) of the Indian Army in Kashmir.

Dhoni is on a two-month break from cricket to serve the country and will be staying with the battalion in Kashmir till August 15.

Check out the picture of MS Dhoni polishing his shoes that have gone viral:

.@msdhoni winning our hearts with his simplicity & humbleness. ❤😊

No special privileges, No special protection. Because he is on national duty, just like our brave soldiers!#throwback #IndianArmy #Dhoni pic.twitter.com/fNjplZdmi1

Here is how fans reacted to this:

” Uttam Purush” is the word for you
Our Hero. That is what is called as leading from the front
kill it with your attitude n bury them with your smile!

Proud Indian 🇮🇳 we need more athletes like you mahi.

Dhoni has been assigned various duties like patrolling, guard and post duties during his two-week tenure with the Territorial Army. He has been an honorary Lieutenant Colonel in the Indian Territorial Army since in 2011. 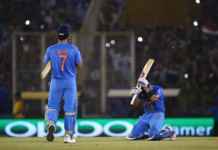 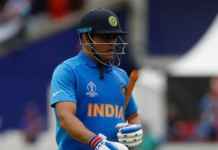 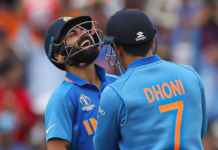 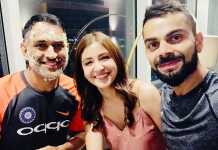 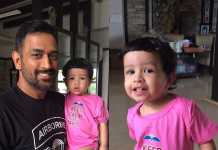 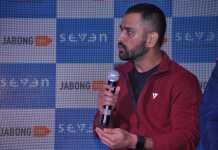