Check out who is the hottest Jodi to enter this season’s Bigg boss:

Guys He is Danny D! A man with real big one.. if you dont belive google him.. Get ready to welcome him.. India follow him at @dannydxxx rest are fake profiles.. Trust me he is very down to earth and he is really a sweet heart.. wait for the upcoming movie #themodernculture Jab milegi bharti nari ek british adult admi se.. hoga bus entertainment, entertainment aur entertainment.. Get ready yourself with your chacha chachi, mama mami, bhai bhen, dada dadi, nana nani, mummy papa and puri family to watch us.. #bollywood #bollywooddance #bollywoodsongs #india #movie

Speaking about this entry in Big Boss Danny said: “Frankly I haven’t watched Bigg Boss or Big Brother. I just know we are locked inside the house and struggle every day while the cameras are on us 24*7. But my manager says I have been offered one of them and he is still working on the mails. If it’s Bigg Boss in India then I would like to go with Mahika, if she cares for me, loves me and doesn’t mind being with me inside the house.”

Also according to the rumors both of them will be one of the highest paid Jodi this season. Season 12 will reportedly have 21 contestants and according to reports Danny D and his girlfriend and actress Mahika Sharma are getting paid INR 95 Lakhs per week. Though, neither Danny nor the producers of the show have confirmed his participation.

Because of her bold choices and photo shoots, Mahika has been trolled and criticized over social media a lot. Not only this, but she has been involved in many controversies too.

Check out some sizzling pictures posted by the actress.

Early in the morning.. When you realize its @dannydxxx Birthday and you find yourself all crazy and wet.. You can’t miss to capture the moment.. And its be like this.. Happy birthday love. More happiness and success in your life Lets not forget his birthday and celebrate watching his videos.. Turn on the internet.. #danny #birthday #boy #photography #myhero #morningmotivation #morning #saturday #satisfyingvideos #fitness #love #bollywood

Be a #selflover keep loving yourself. You are your best friend.. Celebrate #friendshipday with yourself #friends #friend #friendshipquotes #sunday #photography #instagram #bollywood #love #fitness

Its my #birthday and I’m going crazy.. Wish me a good luck.. Someone special comming.. Birthdays are like that.. #birthday #birthdaygirl #birthdaycake #bollywood #instagood #instagram #fitnessmotivation #fitness #fit 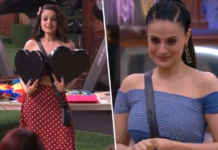 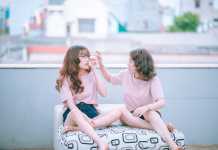 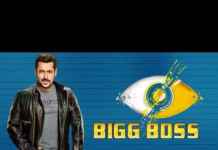 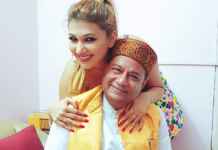