See the old comments from Sushant Singh Rajput that made people believe nepotism killed him.

Sushant Singh Rajput was one of the rare actors who made a place for himself in Bollywood and delivered memorable performances. It is well known that the actor was immensely talented and people saw his potential. After the news of his suicide broke, his fans were heartbroken and started digging through his old posts to see the missed signs that may have led him to take his own life.

Many celebrities shared their condolences and wish they could have been there for him. Sapna Bhavnani also pointed out the ‘shallow nature’ of the Bollywood industry and how no one in the industry stood up for him when it was needed.

Many other prominent celebrities joined the conversation and here is what they said.

It’s no secret Sushant was going through very tough times for the last few years. No one in the industry stood up for him nor did they lend a helping hand. To post about him today is the biggest display of how shallow the industry really is. No one here is your friend. RIP ✨

At times our movie industry’s hypocrisy gets to me. High &mighty announcing they shud ve kept in touch wth Sushant..
Cmon u didn’t! &thts coz his career dipped. So STFU! R u in touch with Imran Khan, Abhay Deol &others? No!
But u were, whn they were doing well#SushantSinghRajput

The Bollywood Privilege Club must sit down and think hard tonight.

PS- Now don’t ask me to elaborate any further.

It’s no secret Sushant was going through very tough times for the last few years. No one in the industry stood up for him nor did they lend a helping hand. To tweet today is the biggest display of how shallow the industry really is. No one here is your friend. RIP ✨ pic.twitter.com/923qAM5DkD

An old comment surfaced in which Sushant was asking a fan to watch his movie or else he’d be thrown out of Bollywood if he didn’t succeed.

nepotism is not a crime. it is merely a weakness of the human nature like #KaranJohar #nepotism#KanganaRanaut say absolutely true about #nepotism pic.twitter.com/xOhtNBceel

Suicide did not kill #SushantSinghRajput

Sushant Singh Rajput also said ” Nepotism can co-exist and nothing would happen. But at the same time, if you deliberately don’t allow the right talent to come up, then there is a problem. Then the whole structure of the industry would collapse one day.” 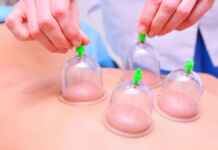 What is cupping & why celebs love it!