Every other day some celebrity or politician is slammed for different reasons. Recently people flaked Prime Minister Narendra Modi on Twitter for meeting an all-male delegation of producers and executives from the film industry. He shared a picture of the meeting on his Twitter handle and people criticized him for not having a single woman in the meeting.

Had an extensive and fruitful interaction with a delegation from the film and entertainment industry.

The delegation spoke about the strides being made by the film and entertainment industry, and gave valuable inputs relating to GST for their sector. https://t.co/ulQMtxTJQj pic.twitter.com/n4Dn38EJLr

In his post, he referred to the meeting as “fruitful” and “extensive”. He also said that delegation spoke about the “strides being made by the film and entertainment industry. Actors like Akshay Kumar were a part of the interaction. He also shared a post and thanked the PM for his presence and for discussing problems faced by the film industry.

Heartfelt thank you to the honorable Prime Minister @narendramodi ji for taking out time to hear us at length, discuss issues pertaining to our industry and assuring positive consideration of suggestions. pic.twitter.com/ShGfr0Jlvu

However many filmmakers such as writer Alankrita Srivastava, Saumya Bajjal and many others felt that it was wrong that no women were part of these discussions.

Check out their tweets below:

Where are the women?? Is female representation not a necessity? Seriously? Women create and contribute in this industry as much as men. And the truth is that we have it much harder in every field!! It’s 2018 folks. #Gender #WhereAreAllTheWomen @narendramodi @akshaykumar https://t.co/S4RGH6IQqo

Would be great to have female representation in these delegations. It is 2018. https://t.co/HoxGbptgwX

And there’s NOT a single woman film-maker, director, writer, actress in this frame. The Boys still rule Bollywood. #bollywood https://t.co/2l3e1FjwYM

Where are the women of the industry? https://t.co/KGMcg8J2J9

And not one woman to represent the Indian film industry! #WhereAreAllTheWomen https://t.co/sEDnK6vOFY

.@akshaykumar @narendramodi so after all that lip service to #feminism you could not find even one woman to represent the film industry? https://t.co/TTSohe7MGv

Goes on to tell the prevelsnt sexism in film industry. Our cabinet has a woman Defense minister, so spare your concerns for the gov, and look at the film industry. Which has a history of objectifying women by doing “gandi baat” from “9-12”.

A very sad moment for the women of India where the PM meets with a delegation of film industry where women are objectified but never a part of any delegation. Who curated the list of invitees? Shouldn’t the person be questioned?

People who were present in the meeting were Chairman and Managing Director of T-Series- Bhushan Kumar, actor Ajay Devgn and directors Karan Johar, Vikas Sidhwani and others.

This is not the first time the PM has been criticized for holding a meeting with all-male panels. However, some people also said that it is not PM’s call to choose the member of the delegation. 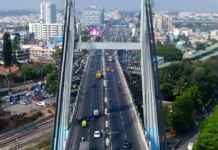 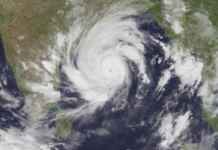