Anushka Sharma on pregnancy: it is more real and humbling, check out new pictures posted by the actress:

Star couple Anushka Sharma and Indian cricket team captain Virat Kohli are expecting their first child together. Anushka took to Instagram to share a beautiful picture of herself looking at her baby bump.

Sharing the photo, the actor captioned it:  “Nothing is more real and humbling than experiencing the creation of life in you. When this is not in your control then really what is?”

Nothing is more real & humbling than experiencing creation of life in you . When this is not in your control then really what is ?

The photo shows Anushka at a beach, smiling while caressing her baby bump. Commenting on the post, Virat wrote, “My whole world in one frame.”

Virat Kohli and Anushka Sharma are currently in Dubai. While Virat, who is also the captain of IPL team Royal Challengers Bangalore (RCB), is busy with the preparation for IPL, Anushka is vacationing.

Anushka and Virat announced the pregnancy on August 27. Sharing a picture of themselves, they wrote, “And then, we were three! Arriving Jan 2021.” 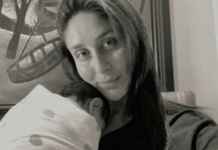 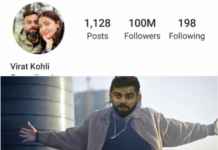 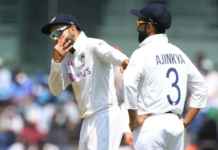 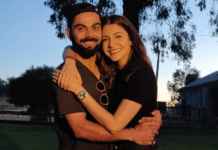 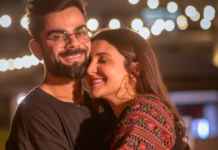 Virat and Anushka blessed with a baby girl!