Vogue’s February issue cover features US Vice President-Elect Kamala Harris and the pictures of it have been shared across platforms online. One thing that people noticed is that her skin tone does not appear to be the same. People accused the magazine of whitewashing madam Vice President’s photo and also took notice of the shabby background.

Many Twitter users pointed this out and also said it was disrespectful. Here are the tweets shared by people that express their disappointment. Read them below:

Making history was the first step. Now Harris has an even more monumental task: to help heal a fractured America—and lead it out of crisis. Read the full profile: https://t.co/W5BQPTH7AU pic.twitter.com/OCFvVqTlOk

That photo on the left? You know she’s the most powerfully woman in THE HISTORY OF US POLITICS, right? What the hell were you going for? How hard did you have to work to make Kamala look like anything other than a well lit goddess of being the damn boss? Shame on you.

The cover you should have worked hardest on, Anna. Knowing how important it would be to so many Americans, if not to you.

The cover with the pink backdrop is so fugly please stop sharing it, she deserves better

I edited this on my phone and it’s better. pic.twitter.com/3V1aJl6b9S

Do it again cos this ain’t it https://t.co/xiue0qajOm

This is absolutely disgusting, @voguemagazine and should be recalled immediately. It’s disrespectful and we will be waiting to see the cover with the powder-blue suit, #Anna. You will not further whitewash and/or disparage Black women and women of color, #Vogue. @KamalaHarris https://t.co/KneQq2NR52

This makes absolutely no sense!! Who would look at these two pictures and choose the casual look on the left for an official cover?! She’s the vice-president elect! Show some respect for the first woman elected VP!!

this is such a mess https://t.co/AczIGUhtSc

What do you think of this Vogue cover? 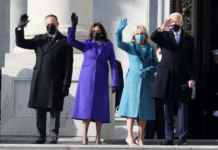 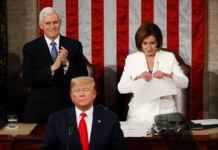 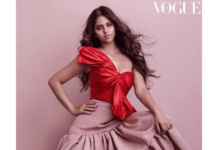