Here is the list of signs that prove Lord Bobby was a superior being from the future:

In recent times Bobby Doel has proved that other than stealing our hearts, he surely is someone who can teleport and definitely can see the future. We have figured out the power that Lord Bobby holds after decades, we still can’t get over the fact that this man might just be the answer to all worldly problems. A Twitter account called BobbyWord is showing us how Lord Bobby was a superior being from the future:

Lord Bobby predicted COVID-19 and told us to follow the safety precautions pic.twitter.com/gr4Dbl5dt2

Be it social distancing, swab tests, or even wearing a mask, there was nothing this man hadn’t thought out about much before the government.

Propose to your crush like Lord Bobby and there is a 100% chance they’ll say ‘YES’ pic.twitter.com/WJDr8D4ZGK 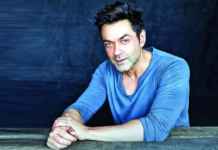