Checkout how Suhana Khan is being trolled and people are calling it nepotism in Bollywood:

After daughter Suhana Khan’s debut on Vogue’s cover, father Shahrukh Khan said star kids have a sense of entitlement because of their family background and that they should be given responsibilities to prove themselves. Suhana’s maiden photoshoot with Vogue was launched at the Vogue Beauty Awards recently by Shahrukh himself. She is on Vogue India’s August issue.

Shahrukh told the reporters “It is a big responsibility for my kids since they’ve been given such a big platform. They’ve to put in a lot of hard work, because all the children who are from the film industry get some kind of entitlement as they are film actors’ children,” He also added saying, “But I think if you are able to give them (some) responsibility, they’ll do better,” The magazine that featured Suhana on its cover called her the 18-year-old a “future star”.

Holding her in my arms again thanks to Vogue. ‘What imperfect carriers of love we are…” except when it comes to our children. So sending u all my love & a big hug. Hello Suhana Khan! pic.twitter.com/RrkhJ8kfz5

Both SRK and Gauri tweeted and spoke about how proud they are of their daughter. Twitter however has mixed reactions as some applauded her for her debut, while some even called it yet another step towards favouring nepotism in Bollywood.

Here is how people are reacting:

What the fuck is #SuhanaKhan doing on the cover of VOGUE India?!?!

Vogue India has lost its standards.

Forget Janhvi, at least she’s a good actress and didn’t deserve the hate she got but SUHANA?!?!

Nepotism and paid PR at its best.

Even #SuhanaKhan is wondering what she is doing on the cover page!!!

Didn’t know @VOGUEIndia has hired soothsayers after all they have already predicted she is going to be a star
It’s true #nepotism rocks!!!

Is India tipping over the nepotism crony capital spectrum ambani Rafale Bollywood gushing on Sharukhs daughter launching on the cover of Vogue, over 50% indians are below 25 yrs old do you think we are approaching demographic doom or dividend ??? #SuhanaKhan #WednesdayWisdom

Student, theatre lover, future star, daughter of a star who will probably finance all her movies till she actually becomes a ‘star’…. but yea hello Suhana Khan.

Suhana khan gets to be the face of a leading magazine just for being SRK’s child where there are girls busting their asses in various fields to get half of that recognition is where it’s at.

Really don’t believe in celebrity bashing, but why is Suhana Khan is on the cover of Vogue?

Technically this isn’t even celebrity bashing, because she’s not one, her father is.

My dad is an accountant, will ICAI put me on their monthly magazine cover?

#SuhanaKhan
Nepotism is everywhere either it’s politics or bollywood no one can run away from this bitter truth.
But now we have to decide where is tha real talent is ? 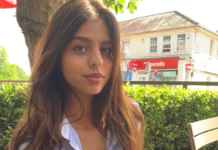 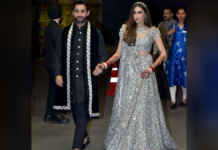 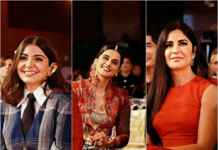 Inside pics Vogue Women of the Year award 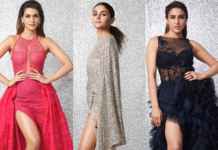 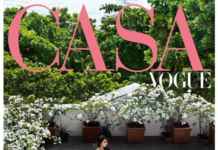 Vogue just gave us an inside look of Mannat! 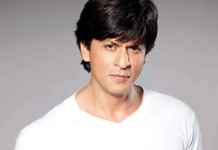