All About Women
Home Life Parenting Instilling values in students is the need of the hour: Rosemary Sagar

Women’s Day has slowly started meaning more about consumerism than empowering and embracing feminism. We felt the need to bring back female flower power this women’s day.  Education forms our mindsets so we got the chairman of Sagar School, Rosemary Sagar to talk on the on-going International Women’s day week .

1. Women’s Day has slowly started meaning more about consumerism than empowering and embracing femininity. We felt the need to bring back female flower power this woman’s day.

The cause for this change in focus and modalities of observing Women’s Day does not signify a weakening in feminist ideology or struggle. It is rather the outcome of the materialist culture that pervades the world today and the people most affected by it are classifiable in the upwardly mobile category. There are still many countries and regions where women are not even assured of a normal and healthy lifespan, let alone aspire for empowerment or embrace femininity.

Striving for empowerment or creating social space to accommodate our femininity as an autonomous trait or virtue in the 21st Century does not require of overt actions. A lot more is getting done through social networking sites and portals such as yours All about women without being intrusive or disruptive for others. Therefore, I would not be inclined to agree that the urge for women’s empowerment or celebrating our femininity has necessarily taken a back seat.

Secondly, the term Female Flower Power, no doubt, is aesthetically very appealing to the psyche of a woman because non-violence and passive resistance are central to the idea of femininity. However, it needs to be said that flower power is effective only when pitted against the governments of civilized nations. What we are dealing with over here is the legacy of feudal and patriarchal mind-sets in which the existence of a woman is justifiable only by the relationship she bears to a man – be it as a mother, sister, wife or daughter. There is not much scope as yet for a woman to be an individual or an entrepreneur by herself. However to achieve this, women do not have to adopt a confrontational approach towards men either.

The best way forward perhaps maybe for women in their individual and collective capacity to strengthen the hands of those men who champion the cause of women’s liberation.

2.      Do you think that with the on-slaught of consumerism, Women’sDay has lost its sole objective? Elaborate.

Definitely not. Let those who can afford the expense, indulge themselves in consumerist rituals. There are however, millions of others struggling to make sense of their feminine misery. For their sake, Women’s Day remains as relevant and topical to our times as in the past. Women are key contributors to global economies but more often than not, they are shortchanged for their efforts. Enlightened men and emancipated women celebrating femininity and womanhood this Women’s Day, owe it to the lesser members of the feminine gender. Malala Yousafzai is not the last girl to be shot for desiring education; Nirbhaya is not the last young woman to be raped and murdered for getting caught in the wrong place at the wrong time; hundreds will suffer acid attacks and thousands will bear domestic violence in silence while female circumcision will continue to literally nip in the bud, all pretensions of femininity for another million. Women’s Day is a tribute to their struggle and a message of our collective resolve to support to them in their darkest hour and direst need.

3. Feminism back then meant acting like a male but it is evolving into balancing a woman’s beauty and brains. Do you believe you are a feminist at heart?

Women have proved they don the traditional garb of a man, it is now time to encourage the men to unshackle the feminine element they have had to keep repressed deep in their psyche for all these millennia. As you have yourself said, being a feminist has meant many things over the past centuries particularly the twentieth.  I too have had my share of roles to play If I may take the liberty to add, I have broken through some glass ceilings and to stretch the figure of speech, quite a few glass partitions as well. To answer your question, I definitely regard myself as a feminist at heart but thanks to the large variety of enlightened people who have figured prominently in my life, particularly my father, a politicization of my feminist outlook never took place. At The Sagar School, of which I am the Chairman, I have set the agenda to instill all those values which will empower our students to live as liberated and femininity conscious human beings in their later lives.

4.      Rapes, gender discrimination, dowry deaths, eve teasing etc. Everywhere women are being subjected to unfair treatment. Have you ever faced unjustified treatment as a woman?

Thankfully no and the Lord be praised for that. I was 15 when my father encouraged me to receive my higher education overseas. Destiny pitched in to help me learn the intricacies of the securities market from one of the greatest private investors in the World. I started off on my career by offering myself to fill a job I had virtually created for myself – being a research analyst at the securities wing of a leading bank in England. As a matter of fact, my career has veritably been that of a pioneer due to which I suppose I have averted many a traumatic situations.

5.      What do you think the biggest feminism issue worldwide?

Feminism is combination of all such socio-economic and political acts taking place in society which aim to establish equitable rights between men and women. In that sense, I suppose, achieving the autonomy of decision making for all adult women, regardless of their religion and socio economic status or the political leanings or form of their country’s government, should be regarded as the biggest challenge confronting feminism in the world today.

6.      One issue you believe must be highlighted this women’s day?

Empowerment of the female of the species to take her rightful place under the sun.

I think that would be “Phenomenal Woman” written by Maya Angelou andsung by Amy Sky.

8.      One law India desperately needs to introduce in favour of women?

A law to guarantee equal opportunity for women – if that is possible. Otherwise, I would like to see 33% reservation granted to women not only in the field of governance but in each and every organization and institution of our nation. Of course this law would also have to be granted overriding precedence over other existing laws concerning ‘Reservation’ so that wherever reservation is granted, 33% of it should be allocated for women.

Women seem to naturally have two of the three most important ingredients in the alchemy of life – Strength & Courage. Add “Good choices” to the list and you have the wherewithal to make the world you want to see. 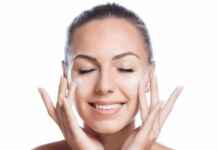 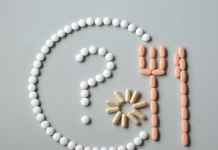 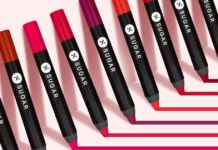 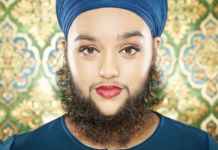 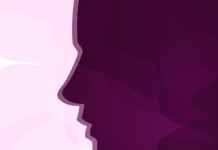 Why Women’s Day is celebrated on 8th March 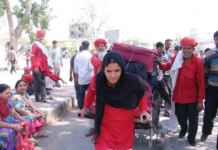