20 soldiers killed and 4 in a critical situation in Ladakh fighting:

Just when we think that 2020 can’t get any worse, the year proves that there is much more to come. 20 Indian Army soldiers were killed in a “violent face-off” with China at the Galwan Valley in Eastern Ladakh on Monday night. There have been on-going tensions between India and China for the past few weeks. According to the reports, senior military representatives of both sides will meet to prevent the situation from escalating further.

This is the first clash involving fatalities on both sides since 1975. Sources also claimed that the commanding officer of the Chinese unit involved in the face-off was among those killed. As per assessments of the sources, China suffered a significant number of casualties in the clashes.

In a statement, the Indian Army said: Indian and Chinese troops have disengaged at the Galwan area where they had earlier clashed on the night of 15-16 June. Seventeen Indian troops who were critically injured in the line of duty at the stand-off location and exposed to sub-zero temperatures in the high altitude terrain have succumbed to their injuries, taking the total that was killed in action to 20.”

The Army confirmed yesterday that 20 soldiers were killed in the fight at Galwan Valley in Ladakh. 43 Chinese soldiers have been killed or seriously injured,

India blamed the clashes on “an attempt by the Chinese side to unilaterally change the status quo there”, rebutting China’s claims that Indian soldiers crossed the border.

Who’s responsible for the loss of lives of our bravehearts in Ladakh? #Ladakh #GalwanValley

On the night of May 5, the Commanding Officer of 11 Mahar deployed on the LAC had been badly injured in a skirmish with PLA.

And some would have us believe that there are no Chinese on Indian soil. https://t.co/jfUYtLyqxH

#GalwanValley
Shocking reports have come in that an Indian army officer and two soldiers were killed after an attack by the Chinese forces in the Indo China border at Galwan valley near Ladakh pic.twitter.com/gujWExbwEs

It is saddening to see that 20 soldiers have been martyred at the LAC. Let us pray for their bereaved families. #Ladakhborder #GalwanValley

A big salute to our Indian soldiers who were martyred at #GalwanValley Om shanti 🙏🏻 my heartfelt condolences to the bereaved families.

For weeks, the Indian and Chinese soldiers have been in a standoff at Pangong Tso, Galwan Valley, Demchok, and Daulat Beg Oldie in eastern Ladakh. India and China fought a brief but bloody border war in 1962 and there have been skirmishes after that, but no loss of life since 1975. 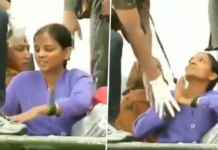 A tribute to soldiers that will melt your heart 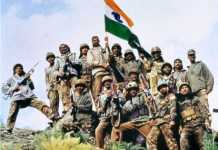