All About Women
Home Life People Maha Shivratri: Legend, how to celebrate and observe this day

Maha Shivratri and its true legend

Maha Shivratri, the night of the worship of Shiva, is also known as lord Shiva’s favourite day. Devotees throng to temples to pray to their lord.  Maha Shivratri, as the name suggests, is in the honour of Lord Shiva, the third lord of the Trinity (Bramha– the creator, Vishnu–the preserver and Shiva – the destroyer).

When do we celebrate Shivratri?

Shivratri occurs on the 14th night of the new moon during the dark half of the month of Phalguna (Feb / March) when Hindus offer special prayer to Lord Shiva, this year it is celebrated on March 4.

Why is Shivratri celebrated?

What are the rituals observed on Shivratri?

On the day of Shivratri, a three-tiered platform is built around a fire. The topmost plank represents ‘swarg lok’ (heaven), the middle one ‘antariksh lok’ (space) and the bottom one ‘bhu lok’ (earth). Eleven ‘kalash’ (urns), are kept on the ‘swargaloka’ plank symbolizing the 11 manifestations of the Shiva. These are decorated with the bael leaves and mango leaves on a coconut representing the head of Shiva. The uncut shank of the coconut symbolizes his tangled hair and the three spots on the fruit Shiva’s three eyes.

Shiva lingam is made of granite, soapstone, quartz, marble or metal. Devotees worship it throughout the night and it is bathed every three hours with 5 sacred offerings of a cow, called the ‘panchagavya’ – milk, sour milk, urine, butter and dung. Then the 5 foods of immortality – milk, clarified butter, curd, honey and sugar are placed before the lingam. Datura fruit and flower, though poisonous, are believed to be sacred to Shiva and thus offered to him.

All through the day the devotees keep severe fast, chant the sacred mantra “Om Namah Shivaya“, as the make offerings of flowers and incense to the Lord. The fast is broken only the next morning, after a nightlong worship.

It is also believed that anyone who utters the name of Shiva during Shivratri with pure devotion is freed from all sins and attains moksha. 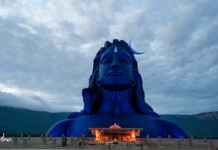 Famous Shiva Temples all around the world 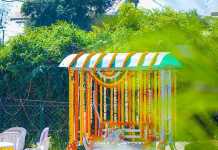 How to have the best Teej party 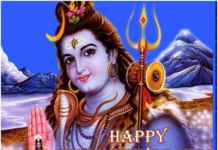 Wish your loved ones a happy Maha Shivratri 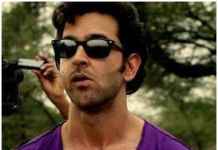