Vikas Dubey was shot during an encounter, succumbed to the injuries, and died in the hospital. But people are already questioning this filmy move!

Vikas Dubey was killed in an encounter on Friday as he tried to escape. The vehicle carrying him was involved in an accident. He was arrested for killing 8 policemen and had over 60 criminal cases reported against him.

Vikas Dubey reportedly snatched a weapon from the policemen after the accident of the vehicle carrying him and then ran off to a nearby open field. The police asked him to surrender and he refused. This led to a fire exchange and he was killed.

The police fired in self-defense and Vikas Dubey was injured. He died during the treatment in the hospital. The gangster was arrested in Ujjain, outside of a temple and this ended the search for this dangerous man who is responsible for many killings and had numerous cases filed against him through years.

Uttar Pradesh Police has also been able to kill 5 of his accomplices and arrest other people who were involved with him. However, the internet smells foul play and the tweets reflect the same. Check out the popular ones! 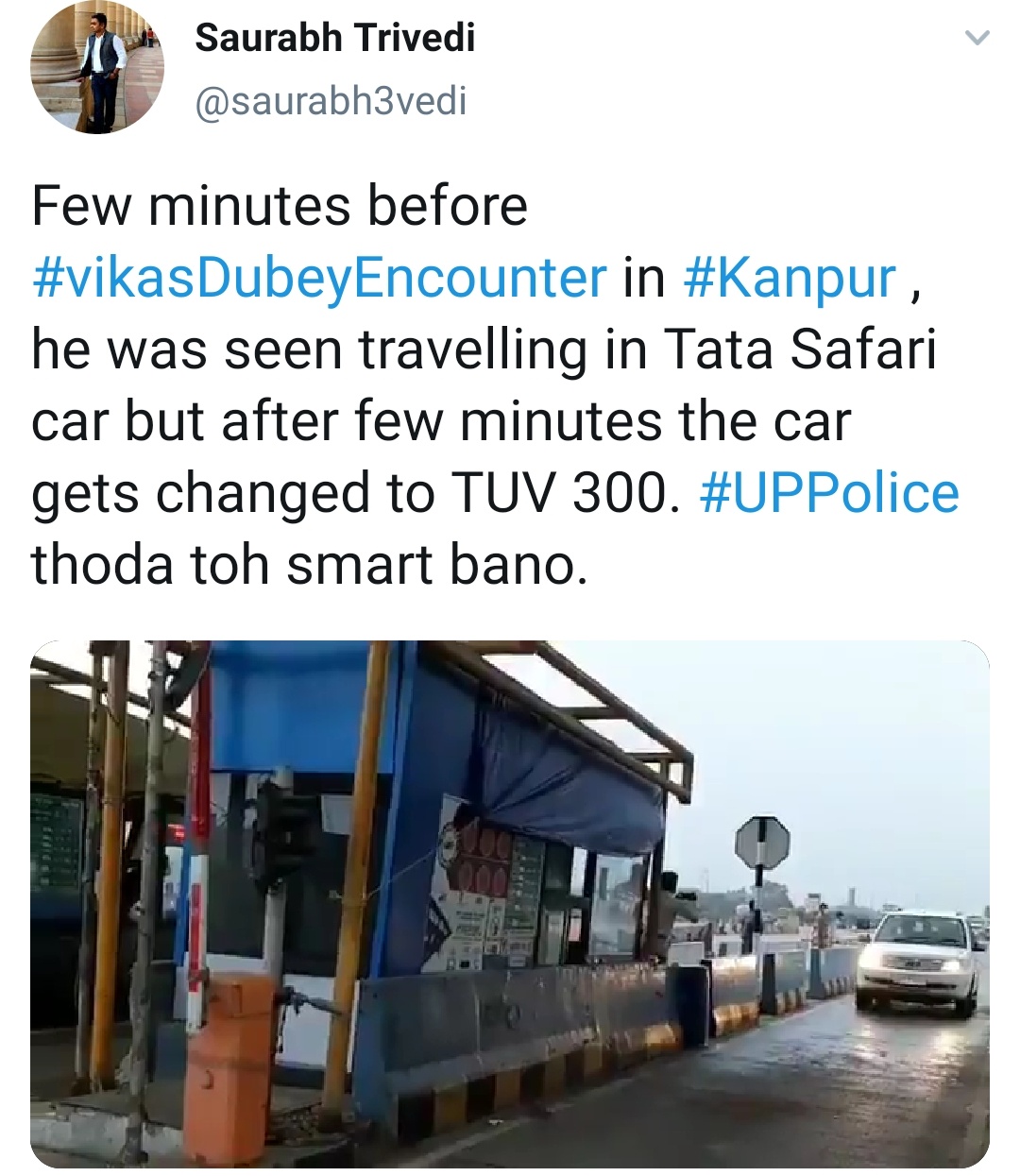 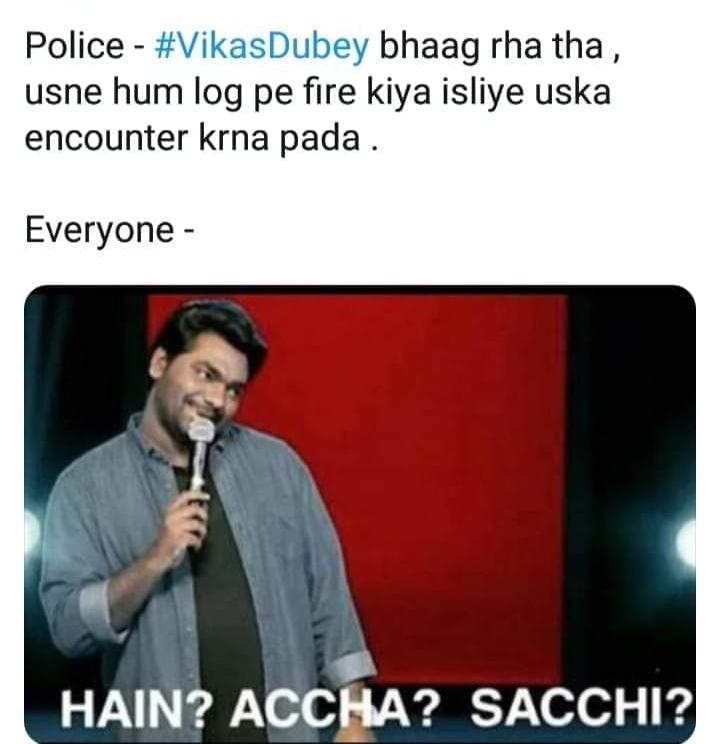 Killed to bury the truths of assignment behind merciless killing of 8policemen in the name of encounter that took place few days back.

Akshay Kumar is going to make movie on it what a great story!

This is one event that everybody knew will happen

It is fake encounter, enquiry theough NHRC is mandatory. Police is not above the law.