Joe Biden and Kamala Harris swore as President and Vice President of US, social media react:

So finally, Joe Biden and Kamala Harris were sworn in as President and Vice-President of the United States respectively at the West Front of the US Capitol on Wednesday.  Though this year’s inauguration was unlike any other in US history, the celebration still included the performances, tributes, and parades that we’re used to; however, it was before a small, socially distanced crowd in Washington DC.

Former President Barack Obama and his wife Michelle, George W. Bush and his wife Laura, and Bill Clinton and his wife Hillary Clinton were among the top leaders who attended the ceremony.

Because of the recent incident of the siege on Capitol Hill and the rise in cases of Coronavirus, the event took place with high security and a sparse crowd. The ceremony was live-streamed.

Netizens, rejoiced as Biden-Harris took the oath. Check out the reactions below:

Joe Biden fist bumps former Pres. Barack Obama as he arrives for his inauguration as the 46th president of the United States. #InaugurationDaypic.twitter.com/iFSVmHTEMf

We did it Joe!!!!!!! Congratulations to my Soror Madam Vice-President Kamala Devi Harris 💗💚#InaugurationDay #Inauguration2021 pic.twitter.com/yDO2JNwdrr

“The battle is perennial and victory is not assured.” -Joe Biden

That was a hell of a line and I’m definitely copping that, Mr. President.#Inauguration #InaugurationDay

He seems like a very happy old man looking forward to a bright and wonderful future. So nice to see! pic.twitter.com/G8gObLhsz9

Purple is the color of royalty @KamalaHarris #InaugurationDay

Good morning and Happy #InaugurationDay This is the mood as we approach 12 noon today. pic.twitter.com/gH8wklgX3y

Congratulations to my friend, President @JoeBiden! This is your time. pic.twitter.com/LXzxGnBAfz

It delights me to think that what feels historical and amazing to us today—a woman sworn in to the vice presidency—will seem normal, obvious, “of course” to Kamala’s grand-nieces as they grow up. And they will be right. pic.twitter.com/1gQOvmNipB

#InaugurationDay sent away, on my count ready to lunch. pic.twitter.com/rkOIKRuCL4

Life, Liberty and the pursuit of Happiness.

I’m so excited!! A new dawn is coming, all I can see in this picture is hope. ❤️#InaugurationDay pic.twitter.com/s0rvqdnqOB

On the eve of his inauguration, Biden led a national mourning ceremony in Washington to pay tribute to those who had died of the novel coronavirus.

After addressing as the new president he changed some of the rules placed by former President Donald Trump. Among his first actions were orders to mandate the wearing of masks on all federal property, rejoin the Paris climate accord and boost federal support for underserved communities. 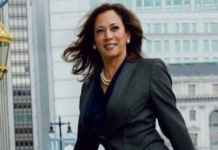 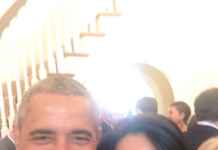 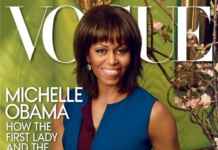