Movies we are looking forward to next year :

Over the time Bollywood has now started producing logical movies, which not only earn money but impress the audience as well. The storyline of the films is better than before and also entertains people. 2017 has given us some entertaining and nice movies. 2018 is coming and Bollywood has an awesome line up for movies, here is the list of some awaited movies of 2018. Check them out

This Akshay Kumar starrer movie is an adaption of his wife Twinkle Khanna’s book the legend of Laxmi Prasad. The film is based on the story of Arunachalam Muruganantham, who created first ever low cost sanitary napkins making machine. Akshay Kumar has done justice to all his real-life inspired roles; we expect this one to be good too.

Kangana Ranaut will be back with this movie and will be seen playing the Queen of Jhansi Rani Laxmibai. The movie is a historical drama. TV actress Ankita Lokhande is set to make her debut with this film.

This one is the most talked about movie of the year 2018 as it is the biopic of the legendary actor Sanjay Dutt. Ranbir Kapoor plays the lead role as Sanjay Dutt in the film. The star cast of the film includes Sonam Kapoor, Anushka Sharma, and Dia Mirza.

Yet another Akshay Kumar starrer true event film. The movie is the life story of first Olympic Gold Medalist Balbir Singh. The Nagin of television Mouni Roy will make her debut in Bollywood. The is set to release on 15th August 2018.

Akshay Kumar will be seen with Superstar of Tamil film industry Rajnikanth. The movie is directed by S Shankar and will be released on 25th January. The film is made with a high budget of almost 450 crores, and the poster looks interesting.

With Amitabh Bachan and Aamir Khan in the lead role, the movie is set to release on Diwali 2018. The film is an action-thriller based on robbery and life of mob in India before independence.

The movie stars Anushka Sharma in the main role. The film promises to deliver a great engaging experience for the audience with its fantastic story.

SRL, choose the perfect date to announce his new movie, on the first day of the New Year. He is playing a never seen avatar, King Khan will be seen as a dwarf in the movie. The movie will be released on 21st December 2018.

We all are very much aware of the controversies related to the movie. Hopefully, after all those melees the movie will be released this year. We eagerly wait to see the performance of the superstars in their respective roles.

This Yashraj banner movie is said to be a comeback for Rani Mukerji. The trailer of the film seems to be interesting and we wait for it to release on 23rd February.

It is a musical comedy with a unique star cast including Anil Kapoor, Aishwarya Rai, and Rajkumar Rao. Not much information about the movie is out. It will be released on 15th June.

This movie is based on Sanjaya Baru’s book of the same name. It is about the story of our ex-prime minister Manmohan Singh, who ruled the country for over 10 years. Anupam Kher will be seen playing the lead role as Dr.ManMohan Singh.

In the poster and trailer, Saif Ali Khan looks quite different. Releasing on 12th January, the movie is a dark comedy about life, death, and karma.

So these are some of the movies with the grand star cast and which are awaited to be released in 2018, which movie are you waiting for? 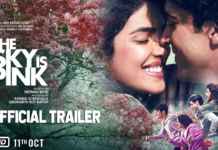 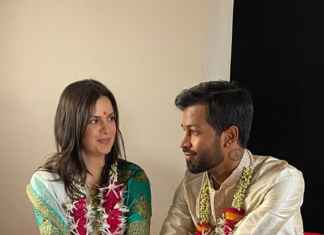