Though for celebrities, it’s really hard to hide anything from the public. But Bollywood actress Gul Panag surprised everyone as she succeeded in hiding about her pregnancy from everyone. The actress tied the knot with a pilot Rishi Attari in 2011 and became a mother six months ago. In spite of such a long time, Gul Panag did not let anyone know about her baby. Recently the actress has revealed about this good news. Gul and Rishi are blessed with a baby Boy who they named Nihal. Gul Panag shared the beautiful experience of her motherhood and why she kept this as a secret.

Secret Out: #GulPanag Introduces Her Baby Boy After 6 Months! 🔥😍❤️ Isn’t this a cute family pic! 😘

Panag, said, “Rishi and I have always valued our privacy. Becoming parents is a special experience and we decided that we’d like to go through it without the distraction of public attention. Family and close friends knew about Nihal but we refrained from posting anything on the social media.”

Talking about motherhood she said “I think having a baby is a very significant step in life, and like marriage, you should think it through carefully before committing to it. Have children when you are ready to welcome them and can raise them happily and responsibly, not when society says you must.”

It’s not only Gul but other celebrities too are following the trend of not posting about the pregnancy and baby on social media. Instagram Queen Kylie Jenner too is one of them who didn’t reveal anything about her pregnancy and made all possible efforts to keep it a secret. We are totally in favour of the trend because it should be the couple’s decision to reveal or not about the big news to the world. We all know people are crazy for celeb kids and at times even go over the board by trolling and posting mean comments.  So we should appreciate them rather than criticizing them for hiding it from the World. 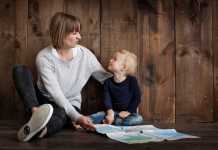