‘Roop Ki Rani Choron Ka Raja’ was Sridevi-Anil Kapoor’s most expensive film of its time so far the biggest failure. The movie completed 25 years and on this occasion Satish Kaushik, Producer Boney Kapoor’s good friend apologised to the producer for delivering a box-office failure that left him broke. Satish Kaushik debuted as a director with this film. The actor shared a poster of the film featuring Anil Kapoor, Sridevi, Jackie Shroff and Anupam Kher and wrote, “Yes 25 yrs ago it was a disaster at BO but it was my first child & will remain close to heart.
Remembering madam #SrideviLivesForever & my sorry 2 @BoneyKapoor who gave me a break bt was broke after d film.celebrating #25yearsof RKRCKR”

The lead star of the film Anil Kapoor also took to Twitter and wrote we miss ‘Roop Ki Rani ‘ every day.

Can’t believe it’s been 25 years for #RKRCKR I remember the obstacles that we faced during the shooting of this film & after as well but it was still a memorable journey. We miss the Roop Ki Rani every day. @BoneyKapoor @satishkaushik2 @Javedakhtarjadu @AnupamPKher @bindasbhidu pic.twitter.com/xdpkxD9JJ1

Anupam Kher also shared about having great memories of playing baddie in the film. He flawlessly described ‘Roop Ki Rani Choron Ka Raja’ on Twitter as ‘In some failures, there are greater success stories.’

I have great memories of #RoopKiRaniChoronKaRaja which completes 25years. ‘Shaitan Ki Kasam’ will always be proud of my association with the film & with @BoneyKapoor @satishkaushik2 @AnilKapoor @bindasbhidu & @SrideviBKapoor. In some failures there are greater success stories.🙏 pic.twitter.com/wWU0bBY2Jt

But many people on Twitter praised Satish Kaushik’s courage to accept the film’s failure and apologise years later. Some even wrote the film was ahead of its time and they have enjoyed watching it.

This takes quite a courage to say on social media considering rant now a days for no issues as well. Hats off @satishkaushik2 ji. https://t.co/NYtyrGFJwT

Ever since I am watching TV I have known this movie & so is every1 around me.
Don’t know abt the BO failure then but it has lived till today & will be there forever. 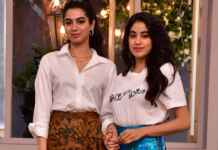